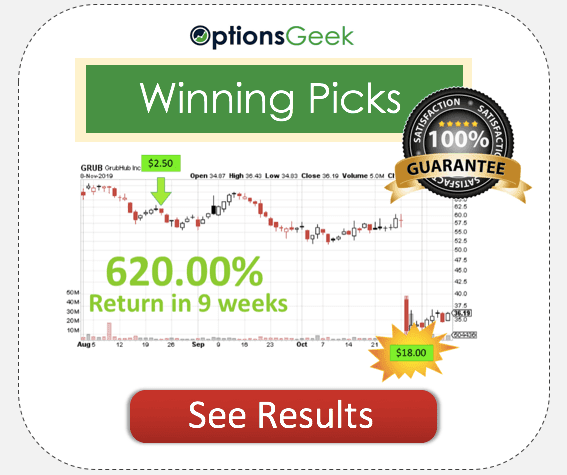 1-on-1 Personal Coaching with Felix 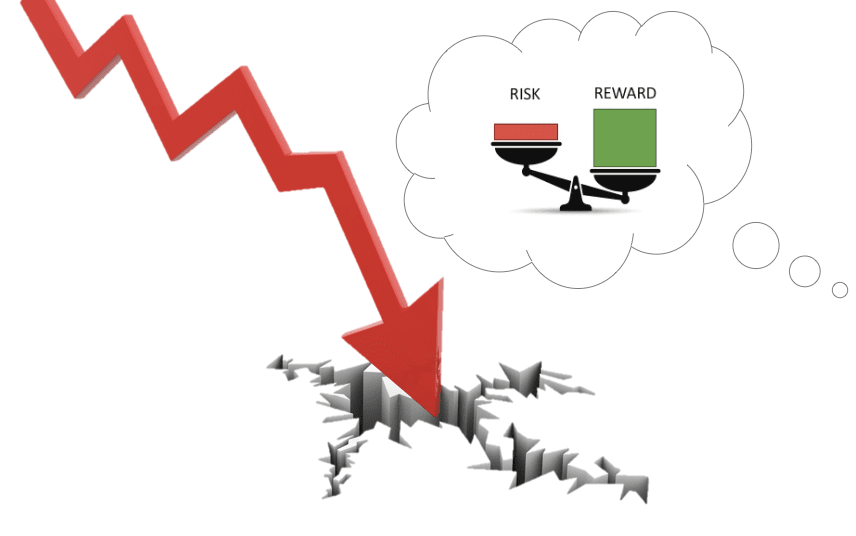 Risk Reward Analysis in the Middle of a Crisis

OptionsGeek members learn how to assess the Risk Reward in the market and in every trade we take. I've attached an email I sent out to my Premium Members last Wednesday evening, February 26th. It's 4 days after the email I sent out warning everyone that the market was in a precarious situation. See that article here.

I’m revealing this email to everyone because it's very important. It shows you how I think, plan, and build a framework around my thoughts... in real-time.

After the email, you'll get to see every trade we took in February, winners and losers.

The market had already started it's descent. The natural question everyone was asking: "What now?"

Anyone who tells you that they know where the overall market is going … is lying (or his name is Jerome Powell and he is about to lower U.S. interest rates at 10AM… even that only lasted for 15 minutes!).

(Unless, of course, we're talking about individual stocks then someone always knows.)

Not even the best investors in the world know.

What the Top 1% do know is: Risk Reward.

In fact, they are Masters of Risk Reward.

I built OptionsGeek to help you understand that world and how Options play a critical role in it.

The email you'll read below is assessing the overall risk reward on February 26th.

As the market moves and new information appears, the risk reward changes.

There is no Trading Idea this evening.
Futures are down 40+ handles.
Coronavirus landed in California.
Emotions are high.
And this is why we have our plan.

From the moment we met, I have stressed to you “The Plan.” The Plan you created for yourself (with my guidance) was built to reduce the emotions of the game.

There should not be many long Calls in your portfolio. Stops should have been triggered Monday, Tuesday, & Wednesday. Remember, that’s ok. As long as you stick to your plan.

But even the Put side should be light because they have made significant moves. It’s ok to “ride” a portion, but I encourage you to stick to your plan and extract profits at your marks.

Now is not the time to play, “Where’s the Market Going?”
Here’s the quick answer. No one has a clue.

Although, you hear the media saying that NOW there is great risk, I tend to look at it a little different. At $340 in the SPY, there was great risk to the downside.

We are almost 10% lower now. Some stocks like the Cruise lines are 40% lower than their highs (and probably lower tomorrow).

In my long history trading options in the Long Term Capital Crisis, the NDX crash, the Financial Crash, and the Flash Crash, I will tell you this…

The easy money has already been made.

The price to play the Options game has gone up dramatically. The market will again reprice risk higher tomorrow in a big way. This means higher options prices across the board.

Stocks will make much bigger and faster moves in the coming days. That's good and bad. So, we want to be careful.

Here’s what I think…

The World Governments (likely) do not want a crash. In every crash I named above, they came in at some point to stop the bleeding… at least for a little.

I am not saying it will be a cure. I’m just saying that they try to stop the bleeding.

Usually, it’s some coordinated effort to pump money into the system and it starts with a HUGE headline. This is something easy for them to do, and it likely reads like this…

“The U.S., China, Japan, Europe will pump $2Tn into the Economy… Don’t worry”

Who knows if they ever release a penny. As long as the market stabilizes, nobody cares.

The point is that futures will go from crashing down to crashing up.

Calls will rise in price but will face the headwinds of a lower fear factor built into the options (i.e. Implied Volatilities will go down). So, you likely won't make as much as you thought you would.

On the way up, Puts will get eviscerated. They lose two ways: on direction and this lower fear factor.

This could happen in the blink of an eye. From “OMG, we are crashing!” to “WTF just happened?”

Tomorrow could literally be…

The closer you get to a crash, the more impossible it becomes to trade options, I assure you. The bid-offers you're accustomed to are usually (much) wider.

In closing, stick to your plan. It’s ok to ride the remaining Puts, just have your exits ready. Everything trades much faster.

There will be money to be made. I just don't think buying options near the open tomorrow is smart.

So, it didn't all happen in 1-day. In fact, it took 3 days to reach the $285.54 low and we got the rate cut "announcement" on the 4th day after a build up. Either way, I think this call gave a good assessment of the situation and it gives OptionsGeek members confidence that I understand risk reward.

Now, it's best to show you our actions during this period.

Here are the trades we took in February. I highlight the high on the trade and the current price. OptionsGeek members are aiming for the middle:

OptionsGeek Members put on a combination of Puts and Calls, so we could play both sides of the fence. Each trade has its own write-up. We have a plan of attack on each trade before we trade so we know exactly what needs to be done during the trade. Not everyone has the same results, but February should show Return On Investments (ROI) ranging from +50% to +200%.

Most of these trades have been exited already (that's why I am showing you). I will be delivering December and January trades shortly. For more results, you can go HERE.

Want to learn how to do find these ideas yourself? CLICK HERE
Don't have the time to learn and just want the ideas? CLICK HERE

About the Author Felix Frey

As a Wall Street Veteran, Options Expert, and founder of OptionsGeek, Felix has found a way to simplify options. He's on a mission to close the knowledge gap between the Top 1% and everyone else.

Why Did I Build OptionsGeek?

How to Use the New Options Chain

Please log in again. The login page will open in a new tab. After logging in you can close it and return to this page.

We use cookies to ensure that we give you the best experience on our website. This site also contains affiliate links to products. We may receive a commission for purchases made through these links. I only recommend products I personally use and/or are worthy of my trust. If you continue to use this site we will assume that you agree with it.Ok